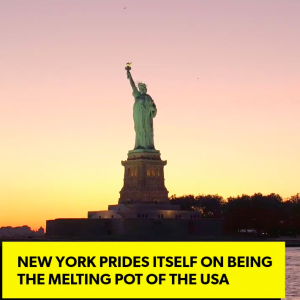 No bond is stronger than that of a family’s – that’s why New York City DNA Testing strives to provide quality services that reunite families in the NYC area. Immigration DNA tests play an integral role in the visa approval process for residents of other countries. Are you an American citizen in the New York City area looking to reunite with your non-American family? Let’s discuss the Immigration process and how DNA Tests help your case.

About the Immigration DNA Testing Process

According to the US Department of State – Bureau of Consular Affairs, one of the requirements to transfer U.S. Citizenship to family members abroad is a matching DNA test. There must be a genetic relationship between the two family members – which makes DNA testing a valuable tool for verifying a familial relationship in the absence of other supporting documents.

Generally, the petitioner (U.S. citizen requesting their family be granted citizenship) will receive a letter from the department asking for more supporting evidence. If the documentation you provide in the petition is insufficient, seeking DNA Testing in New York City is your best approach. Genetic tests provide the strongest evidence of a familial bond and streamline the immigration process.

The preferred method for establishing a DNA profile is by buccal swab, which is a sample swab taken from the cheek or mouth cavity. Buccal swabs collect cells from the cheek using a long cotton swab.

When your family is on the line, you cannot afford to settle for inconclusive results. DNA Tests boast an accuracy rating of at least 99.99 percent, which increases your chances of a successful petition. Our collectors are AABB Certified Relationship DNA Collectors and perform collections for immigration as directed by an American Association of Blood Banks (AABB) accredited facility, the only testing facilities approved by the U.S. Embassy that can perform Immigration DNA Tests.

Once you receive a letter requesting DNA Testing in NYC, simply contact 866-362-9778 to set up an appointment at our DNA Testing locations in; Bronx, Brooklyn, Manhattan, Queens, or Staten Island. After collecting your DNA samples at our DNA Testing Center in New York City, the kit is sent to our partner facility which is accredited by AABB. The laboratory then sends a DNA sample kit to the U.S. Embassy for your relative.

The U.S. Embassy then takes responsibility for collecting DNA samples abroad. Once the Embassy completes the DNA sampling, they return the kit to our partner facilities for testing. Within less than a week, both DNA sample results together in a comprehensive report. Copies of the reports are then sent to both the inquiring immigration office and the petitioner. Once the requesting office reviews the reports, they contact you (the petitioner) to detail the next steps in the process.

According to the Bureau of Consular Affairs, matching DNA results cannot guarantee citizenship – but they do help your case tremendously. Matching DNA test results add legitimacy to your claims and strengthen the case for granting citizenship. When it comes to reuniting families, every detail counts – and there is no room for errors. Go with a company you can trust, choose an AABB Accredited laboratory for your Immigration DNA testing and NYC DNA Testing Centers will be able to perform your collection seven days a week.